Rimini (in romagnolo Rémin or Rémne, in latin Ariminum) – a city with 141.000 inhabitants in the north of Italy on the Adriatic coast, it is an administrative centre of the province of the same name Emilia-Romagna which was established in 1992 and it separated the province of Forlì. Only in April of 1995 the province started to act really, after engagement of prefecture and province council election.

From Ariminum to Rimini of the third Millennium, from ancient Romans to proverbial Germans, and now there are also Russians and Americans.  That is the city where local culture is mixed with tens of other cultures of people who choose Rimini for a holiday, for business or for living in its frenzied rhythm of Adriatic Riviera where night and day seem to have traded placed.  The city has already earned the capital of tourism status but now it’s also the capital of exhibitions, congresses and business meetings.

Along with Riccione and Cattolica Rimini is one of main sea holiday destinations of Italy and Europe in general (especially for the German tourists and recently for the tourists from Eastern Europe).   Tourism started in the XIX century in Rimini.

GO TO THE PARKS

MUST SEE: FORTRESSES AND CASTLES ITINERARIES 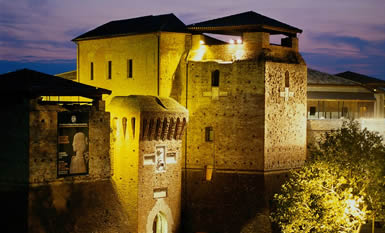 
Being not only a military garrison but also a residence of the city governor the castle was inhabited since 1446, whereas the external bastions appeared later, after Sigismund’s death. In the present state the castle has lost its original look as is presented by the commemorable medal of Matteo de Pasti and by the fresco of Piero della Francesca in the Malatesta temple. Distance from the hotel: 3 km 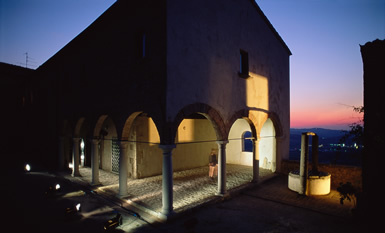 
The fortress, so called “rock”, remains very visible as far as it was reconstructed and restored and along with Montebello, San Leo and Santarcangelo is one of the most beautiful and interesting fortresses in Valmarecchia. Distance from the hotel: 20 km 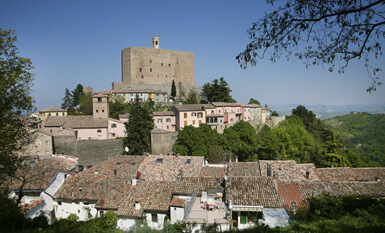 
This fortress towers above the Valley of Conca and is part of defensive system of Malatesta. This fortress might be one of the most typical of Malatesta castles due to its round shape and irregular, almost surreal stairs – it is straight and facit, compact and crystal. No wonder that Giovanni Bellini was so much impressed by this fortress that he reproduced it at least on two of his pictures as a background. 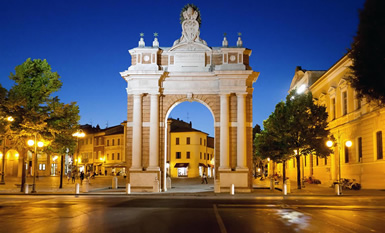 
Hystorical references to this fortres appeared at the end of the XIX century and they send us back to Federico Barbarossa, to the confrontation between Guelfi and Ghibellini, to the tragedy of Paolo and Francesca and to the long domination of Malatesta family (1248 – 1471). Actually, the fortress was reconstructed due to one of the members of Malatesta family – Sigismund Pandolfo (man of letters, warrior, architect). The work was finished in 1447 and the complex looks in the same way nowadays. Distance from the hotel: 15,20 km 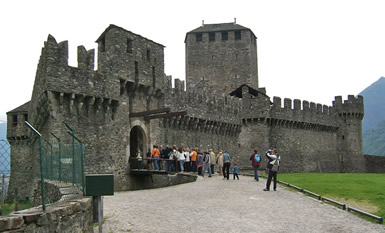 
This is a fortress of feudal origin which was built on the roman ruins “castrum” of the XI century. The fortress is protected by a rock from above and has a strategic position in the valley Marecchia. It has such a compact construction of grey colour that even now, if you look high into the sky it seems that there is a sentry controlling the borders of three regions and 2 states. Distance from the hotel: 28,50 km 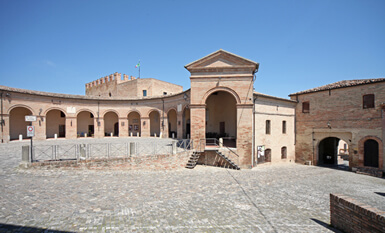 
In the fortress of Mondiano both the difensive walls and the northern entrance authenticate the refinement so typical of Sigismund Malatesta. Together with a thetrical round square with porticoes of the XIX century they make up a very picturesque complex. Distance from the hotel: 32,80 km 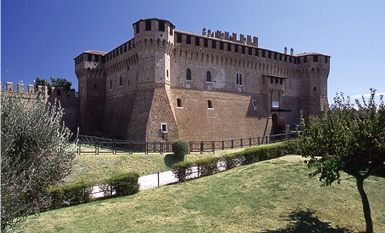 
The fortress is a magnificent example of XII-XIV cent. military architecture that majestically enthrone Gradara hill, a few kilometers from the sea. Started 900 years ago by Degriffo family was enlarged and enriched over the centuries by the different Gradara landowners: the Malatesta, the Sforza, the Della Rovere. Distance from the hotel: 29,00 km 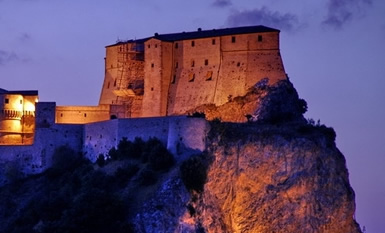 FORTRESS SAN LEO OF THE RENAISSANCE


The fortress exists from the roman epoch; today it is represented by a construction of the Renaissance made by the architect Francesco di Giorgio Martini from Siena to whom, in his turn, was entrusted by Federico de Montefeltro to adapt the fortress for new kind of arms. Today many visitors are attracted by the place of imprisonment and death of Cagliostro. Distance from the hotel: 36,40 km 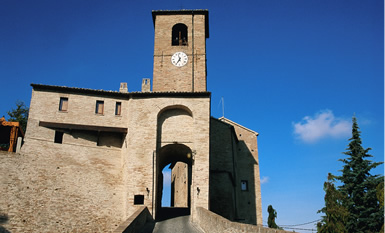 
This fortress of antique origin was going through a severe confrontation between Malatesta and Montefeltro families as far as it had an exceptionally strategic position. Its narrow passageway of the tower of the gate which resembles so much a medieval drawbridge gained the fame of one of the most beautiful similar constructionsof Italy. Distance from the hotel: 34,70 km 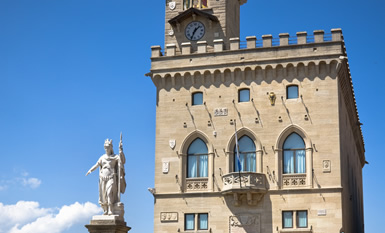 
Independence of Republic has a very ancient origin, moreover, San Marino is considered to be the oldest republic in the world. It was founded 3rd of September 301 A.D. when Saint Marino established a small Christian community on the mountain Titano. The small capital possesses an invaluable cultural, architectural and historical heritage. Distance from the hotel: 22,20 km 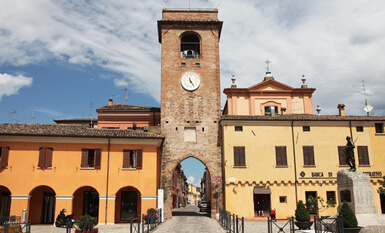 
That is the gate of Valconca.
The city flourished due to agriculture of this plain; this territory still abounds in beautiful villages where agriculture is the main function. Here they have grain and wine of highest quality. Antique fortifications and the structure of the village tell us about its importance at Malatesta family government time. Distance from the hotel: 24,00 km 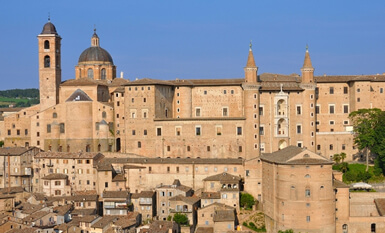 During roman domination Urbino was a very important strategic city which is confirmed by indirection in the stories about the battles on Metauro in 207 B.C. between romans and Asdrubal. Nevertheless there are no mentions about the city in the first centuries of the Middle Ages. But it is known that Urbino was considered an important city as far as it was attacked by Goths, Byzantines and Lombards. The city was conquered by the Byzantine Belisarius in 538 A.D. The distance from the hotel: 64,30 km 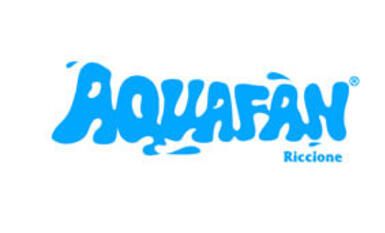 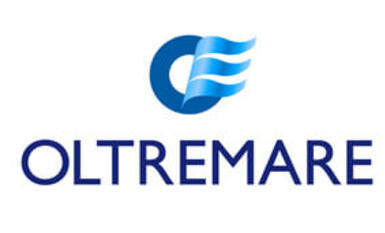 Riccione - Via Pistoia (near the entry to the motorway A14)
Tel. +39 0541 4271
Oltremare is a result of of investment of more than 70 millions euro realized from many years of work of the Aquafan Park and the Dolphinarium of Riccione.
Distance from the hotel: 15,50 km 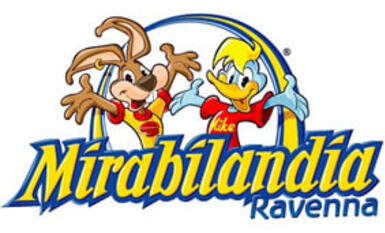 Rimini - Via Cardano, 15 (Rivazzurra di Rimini)
Tel. +39 0541 372064 Fax +39 0541 378662
The park is situated nearby the sea, between Rimini and Riccione and is easily reachable from the motorway A14.  This is a park with  150000 square meters territory sunk in green. Often visited by schoolchildren, the park has become a perfect place of combining study and entertainment.
Distance from the hotel: 3,70 km 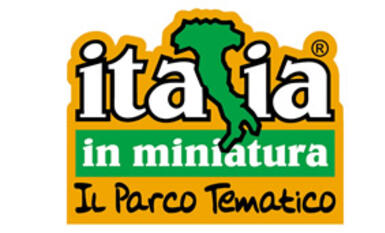 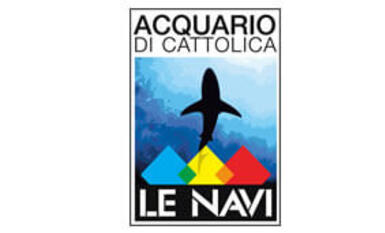 Riccione - Via Torino 30/a
Tel. +39 0541 691764
Indiana Golf is a biggest thematic golf club in Italy.  It is situated in a park of 7000 square meters on the sea-front of Riccione in 5 meters from the centre of the city. Here you can experience unforgettable adventures.
Distance from the hotel: 12,30 km 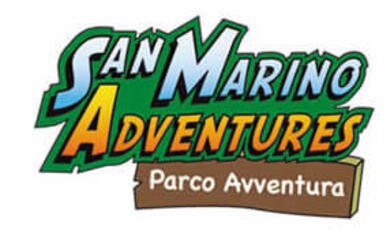 Rep. di San Marino - Parco di Montecerreto 47890 RSM
Tel. 335 7344140
The park offers different exciting attractions among the trees and nature.  This is the biggest park on the Adriatic Riviera and its 16 routs guarantee enterainment and adrenalin to children, teenagres and adults in perfect security.
Distance from the hotel: 30,50 km

OUR OFFERS
When would you like to come?
SELECT MONTH
April
May
holiday 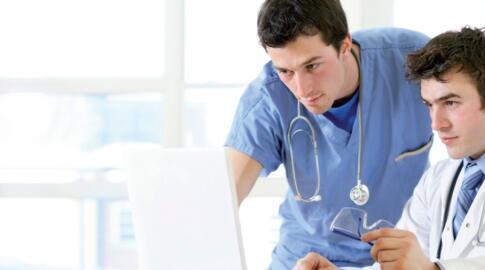 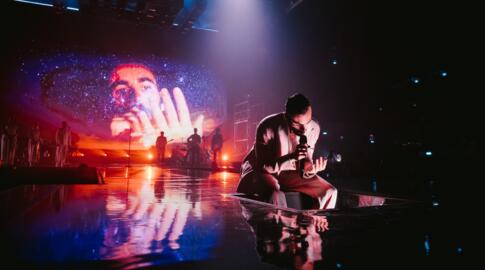 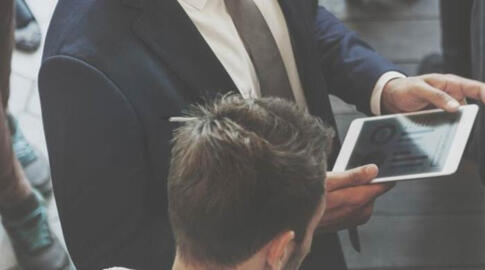 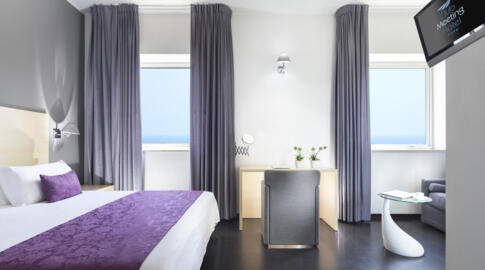